Granted allows you to access multiple cloud accounts in your web browser simultaneously. In the screenshot below, two different accounts are open in the two tabs. 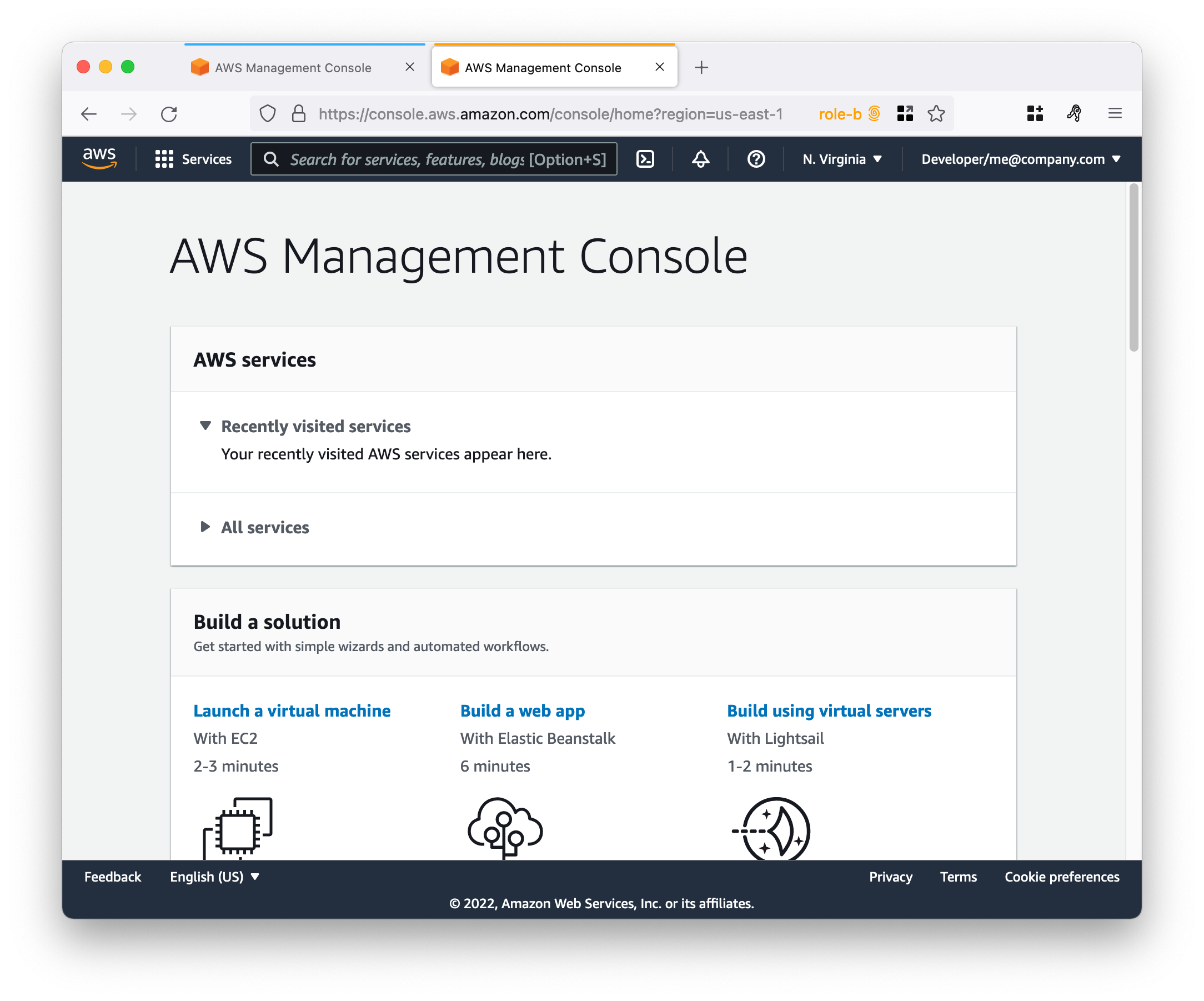 If you have credentials already assumed locally you can run assume role-a -c to open up a console window using that role.

For a specific profile​

To open the web console for a role, add the --console or -c flag to your assume call, for example:

If the console does not open on Firefox, ensure that you have installed the Granted addon.

To open a second role, call assume -c again with a different profile. For example:

Granted will open this role in your same browser and you will be able to access both roles simultaneously.

You can also use the profile selector with the -c flag to find a role, by running assume -c without a profile name. When run without a role name, Granted will prompt you to select a profile and will then open the browser.

Opening the console with a specific region​

You can open a console for a profile in a specific region by adding the --region or -r flag. For example:

Will open a console in the ap-southeast-1 region for the selected profile.

Using the -r(egion) flag, granted has support for a shorthand syntax which makes it faster to open console or terminal sessions to the region you want.

Opening the console to a specific service​

You can open a console and go directly to a specific service by adding the --service or -s flag. For example:

Will open a console and take you directly to the IAM service (https://console.aws.amazon.com/iamv2). Granted supports using shortcuts such as l for the Lambda service. You can see the full list of shortcuts here. PRs which add additional shortcuts or services are very welcome.

Opening the console with an active role​

If you have already assumed a role using assume, you can open the console using this assumed role by adding the --active-role or -ar flags. For example:

Assuming a role and returning the console URL​

If you don't want the browser to automatically open the browser or are using Granted from a headless node Granted has the option to only return the console URL with all the session credentials included. This can be acheived by running:

The Granted Firefox extension includes a menu where you can view and clear your tab containers. The menu should appear next to the settings icon as shown below.

Clicking on the icon shows a menu where you can clear your Granted tab containers, as shown below. This is useful if you have roles which you are no longer accessing and you'd like to declutter your tab container list. 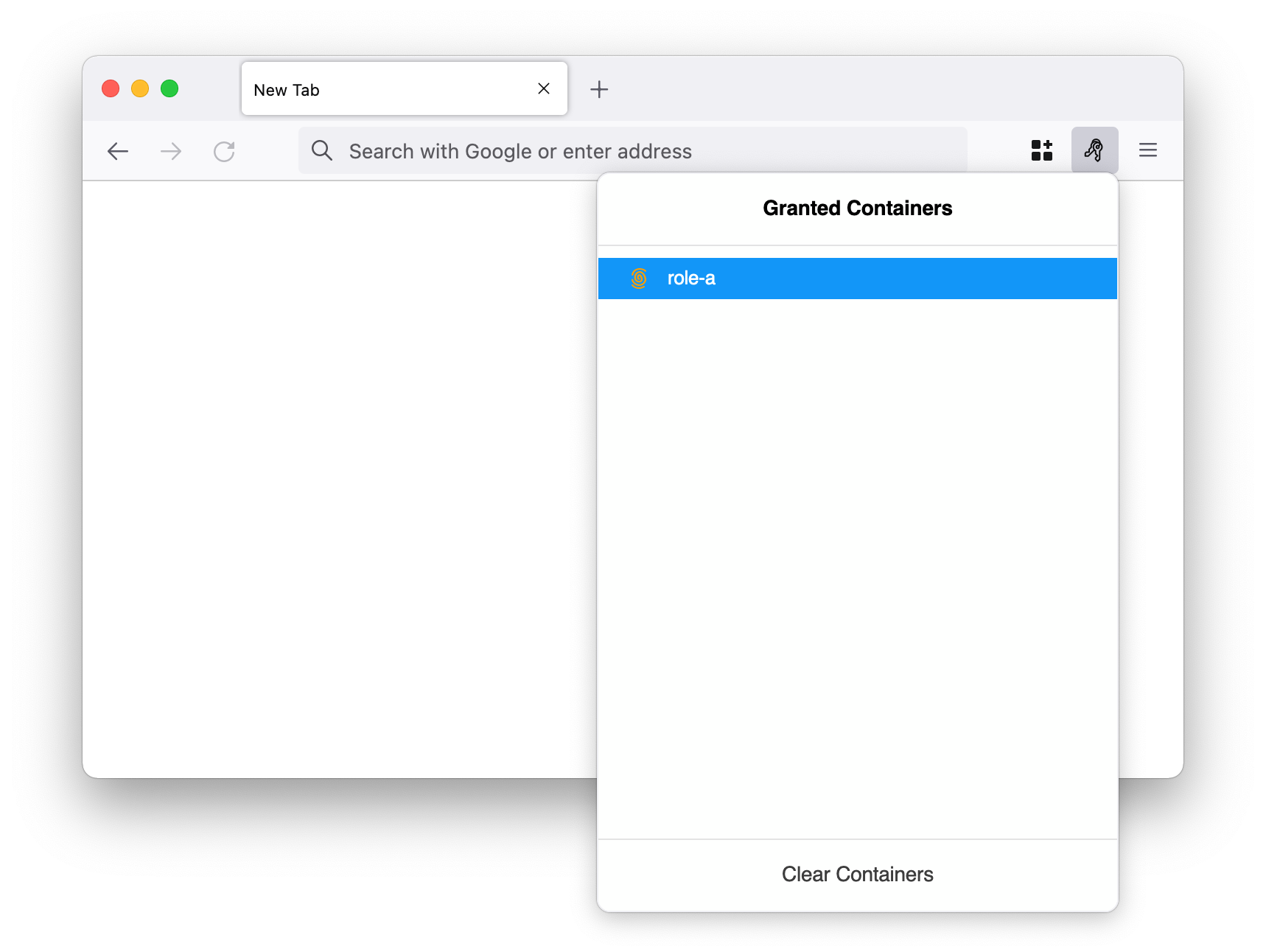 In addition to assuming roles for use in the terminal, Granted supports some headless workflows. Next, you'll learn how to use Granted in headless environments.