This guide will get you started using Granted to assume roles in AWS. It will take around 5 minutes to complete.

Although Granted doesn't depend on the AWS CLI, we recommend installing it in order to run a test command to verify Granted is working properly.

Set up your AWS profile file​

You will also need to set up at least one role in your AWS config file. On MacOS and Linux, this is stored in ~/.aws/config. On Windows, this is stored in the %UserProfile% directory. Some example configurations are included below.

If you use AWS SSO but you haven't yet configured any profiles, you can run aws configure sso which will walk you through the process of setting up your profile file.

If you've already set up roles for the AWS CLI to access AWS you probably don't need to configure anything: Granted uses the same configuration files as the AWS CLI.

In order to use Granted you'll need to install it on your system. Common Fate provides binaries for Granted.

Homebrew is an open source package manager for MacOS. We publish a Homebrew formula for Granted. To install Granted with Homebrew, run the commands below in your terminal.

Select the steps which match your system architecture. You can find your architecture by running uname -m from a terminal window.

First, download the zip archive of Granted which matches your system's architecture. You can find your architecture by viewing your system properties in the Control Panel.

Granted for Windows i386

After downloading Granted, unzip the package. Granted runs as two binaries, assume and granted. Any other files in the package can be removed and Granted will still function.

You'll need to move Granted to a folder that is accessible on your PATH. This StackOverflow link has instructions on how to do this.

If you are using Granted with the Git Bash shell on Windows, we recommend enabling experimental support for pseudo consoles. You may need to reinstall Git For Windows to enable this. You can read more about this here. 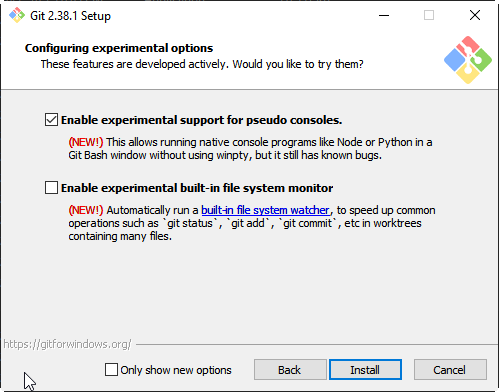 You can verify the integrity and authenticity of the Granted binary you have downloaded by running through the verification process here.

To verify that the installation has succeeded, print the version of Granted by running granted -v. You should see an output similar to below.

If you have any issues installing don't hesitate to ask for help on our Slack.

Now that you've installed Granted, it's time to assume your first role.